Reply
You are using an out of date browser. It may not display this or other websites correctly.
You should upgrade or use an alternative browser.
Billie Eilish Proudly Supports Her Mom at The Groundlings Theatre's Anniversary Show - PopSugar

Billie Eilish was a proud daughter as she attended The Groundlings Theatre's 45th anniversary show in LA on Monday night. The 17-year-old singer, whose full name is Billie Eilish Pirate Baird O'Connell, made a low-key appearance at the event as she watched her mom, Maggie Baird, perform with her fellow cast members. The improv and sketch comedy troupe has been around since 1974 and has helped kick-start the careers of comedians like Will Ferrell, Kristen Wiig, and Melissa McCarthy.

Though Billie kept incognito as she sat in the back of the theater for the performance, she did make her way backstage to congratulate her mom in person. The mother-daughter duo were spotted sharing a sweet hug after the show. Aww! See more pictures of their appearance ahead. 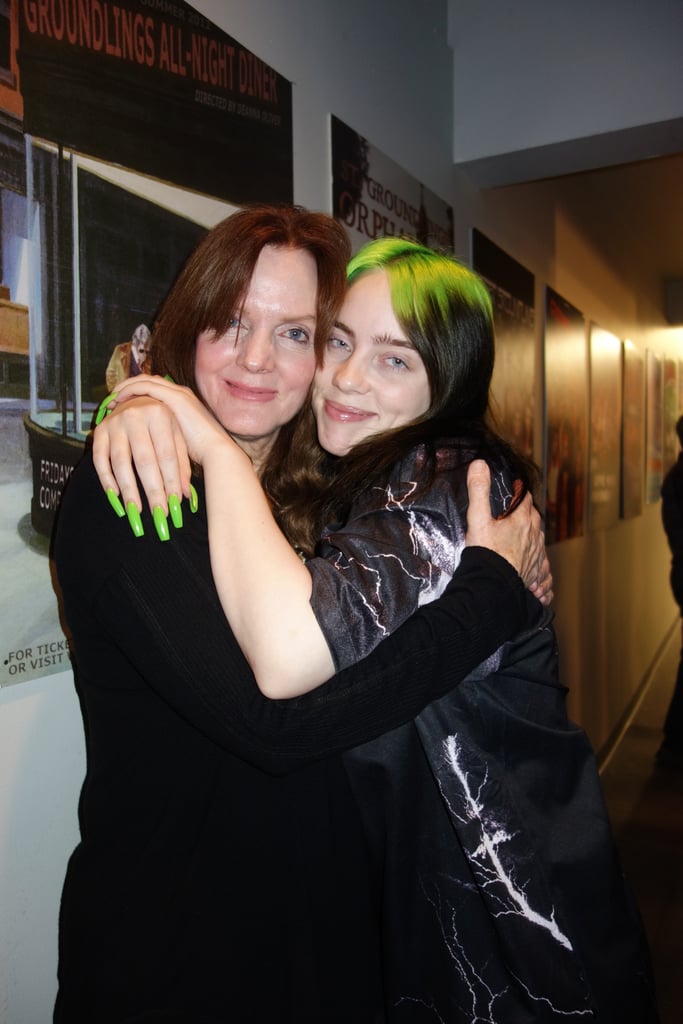