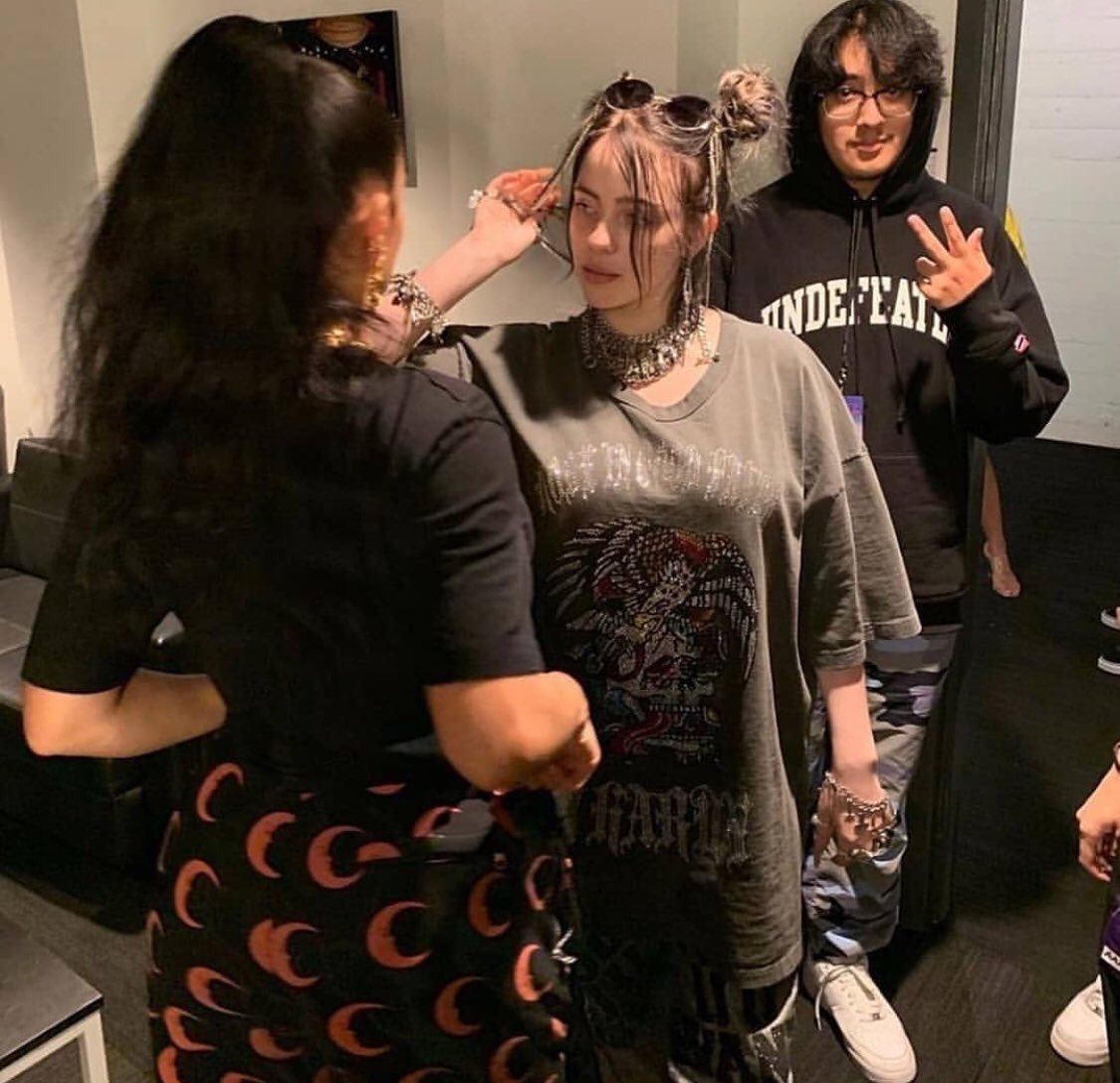 Billie Eilish's Brother, FINNEAS, Reveals What It's Like To Work With His Sister While Pursuing Solo Music Career - Newsweek

Billie Eilish's Brother, FINNEAS, Reveals What It's Like To Work With His Sister While Pursuing Solo Music Career - Newsweek

"It's so not competitive, [between Eilish and I]," he continued. "I have made all of her music with her, we perform every show together. Even if I wasn't involved in all of the creatives, I just think she's crazy talented and I wish the best for her."

...
"The goal has already been to get to a place where it's a long-lived career," he noted. "There's a term, 'career artist' which is the opposite of a 'one-hit wonder' and that's something Billie and I are aiming for."

"We're playing the long game," he concluded...
Other people
Continue…

CLEVELAND, Ohio – After giving fans a rapid-fire rhyme display on “Newsroom 2,” Machine Gun Kelly is softening things up a bit.
Kellz posted a surprise cover Billie Eilish’s song “Ocean Eyes.” If you don’t know who Eilish is, that basically means you’re not cool.

The electropop star topped the Billboard charts with her massive debut studio album “When We All Fall Asleep, Where Do We Go?” back in March and was all the rage at this year’s Coachella.

“Ocean Eyes” is from Eilish’s 2017 release “don’t smile at me.” MGK’s version is a bit more rock-driven but still finds the emcee emo crooning his heart out. He next discusses his friend and collaborator Billie Eilish, who also saw her debut album debut at No. 1 on the Billboard 200 chart. “We gotta give it up for Billie Eilish because she is killing it and she’s handling herself so well,” says Khalid.

“I’m just so proud of her because I know how hard her and Finneas, her mom and her dad, how hard they work and so it’s really good to see everything pay off in her favor,” he continues. “She’s a rockstar and I can’t wait to see her here next year sweeping every single thing, sweeping it all.”

Q&A: Khalid On Cars, Coachella, Hanging With 'The...
Other people
Continue…

MBW’s World’s Greatest Managers series profiles the best artist managers in the global business. This time, we speak to Danny Rukasin and Brandon Goodman, co-managers of one of the world’s hottest new artists, Billie Eilish. The World’s Greatest Managers is supported by Centtrip Music, a specialist in intelligent treasury, payments and foreign exchange – created with the music industry and its needs in mind

billie and finneas with @AURORAmusic at groovin the moo in Canberra, Australia - @eilishubdates2 / Twitter